A few years ago I made the move from Wordpress to static pages. The benefits were immediate, and it has been nice not worrying about plugins, security patches, or millions of updates since.

At the time, I was using Middleman to generate the site. Middleman is pretty great itself, but it too has drawbacks. In particular it is built on Ruby. I am not a Ruby developer, so I’ll leave critiques of the language to others. But I will say in short: Ruby development in a mixed OS environment is awful. 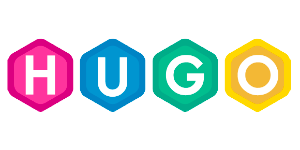 After evaluating a few different static site generators, Pelican and Hugo stood out. Both are hugely popular, actively developed, and would be a breeze to use on OS X, Linux, and Windows; if you can’t tell, that’s important to me.

I chose Hugo. Not only is the framework incredibly elegant and flexible, but it is built on Go, which is a super fast language that has been tugging at my curiosity for a couple years now. So this seemed like a great opportunity to learn a new language and have a little fun.

What began as a much-needed update and refresh turned into a project to play with a new language.

Anyway, that’s all just a long way to say that this site has been redeveloped from the ground up, and I’m looking forward to lots of new posts. Check back soon for some new tutorials in data visualization and map design; I can’t wait to share them!